The Conference of Women in Szeklerland organized by the Women’s Association in Udvarhelyszék of the Democratic Alliance of Hungarians in Romania revolved around  the topic of tradition and modernity. 50 women participated in Homoródfürdő/ Băile Homorod on November 10 and 11, on the 4th edition of the conference. The event was supported by EPP MEP Csaba Sógor.

Csaba Sógor, MEP representing the Democratic Alliance of Hungarians in Romania explained in his presentation entitled Are there opportunities for equal opportunity? that in a lot of cases European statistics are crushing, therefore a lot of reports are dealing with ways to budge the situation of women: increasing chances of employment, creating family and career balance, closing the gender pay gap, eliminating domestic violence against women. “The Istanbul Convention is an international document that deals with domestic violence against women in four areas: prevention, protection, prosecution and prevention policies. The document was already signed by the European Union and  process of application needs to be expedited in Romania, too”, said Sógor. He also emphasized that publicity is one of the best tools to amend the situation of women. “I find it very important that the Women’s Association stands for women and uses publicity to talk about tabu topics in the society”, stressed the MEP.

In her presentation Spinning wheel or iPhone - the women of Transylvania in the 21th century Csilla Hegedüs talked about the changing roles of women.

Deputy in the Romanian Parliament, president of Maros region Women’s Association Éva Andrea Csép talked about violence against women in her presentation Rolling pin and/or flower, a topic discussed openly by very few.

Csilla Lőrincz summarized the importance of the conference: the meeting was successful because it allowed the sharing of enriching experiences. “The aim is still the same: bringing together Szekler women to talk, cooperate, think and plan together and raise motivation for the everyday activity of community organization”. 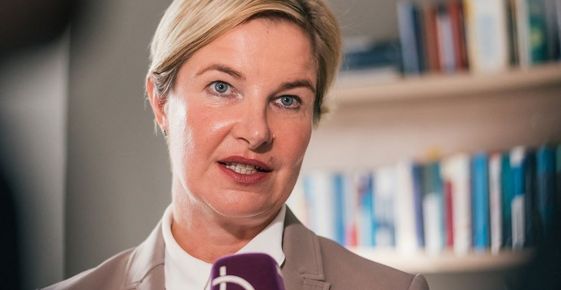