Borbély László in Oslo: We need to strengthen trade links and cooperation with Norway

It is imperative that the two countries develop tighter diplomatic links and an enhanced cooperation at the level of Parliament, Mr. Borbély noted at the meetings also attended by Natalia-Elena Intotero, the Vice-President of the Foreign Policy Committee of the Romanian Chamber of Deputies and by Mr. Cătălin Tiuch, Member of the Committee and President of the Parliamentary Friendship Group with Norway.

Although at the 1994 referendum the citizens of Norway had decided not to join the European Union, Mr. Svein Roald Hansen noted during the discussions, Norway has very well succeeded to integrate into the European Economic Area and 80% of Norway’s exports now go to the EU member states.

„The volume of bilateral trade has indeed increased with Romania as well in the past few years,” Mr. Borbély confirmed, “the value of the total trade exchange between the two countries amounting last year to 750 million Euros. However, Romania exports more to Norway than Norway to Romania, for the time being”, he added, expressing his gratitude for the Norwegian EEA Grants made available for Romania in the time period 2009-2014. „As member of the EEA, Norway has contributed to the reduction of regional and economic disparities. The total volume of the financing sources for Romania through these grants will reach around 306 million Euro, from which Norway’s share is as high as 97%, and this will certainly help increase regional cohesion in the country. Between 2010 and 2012, when I was Minister of Environment, we were also able to finance important projects in the field of biodiversity and renewable energies from these grants”, Mr. Borbély underlined.

In the discussion with his Norwegian counterpart, Mr. Borbély also pointed out the importance for Romania of the opening in 2012 of the Norwegian labor market: „Approximately 2.5 million Romanian citizens work abroad today, among which many specialized doctors, contraction engineers, etc., all well prepared experts who bring a real added value to the country they work in.”

Addressing the crisis in Ukraine and the Russian political pressure, Mr. Borbély explained that as Eastern border-country of NATO and of the EU – together with Poland and the Baltic States - Romania is increasingly exposed to potential conflicts. „European countries need to be united in their active support for Ukraine’s, Moldavia’s and Georgia’s European course and their attempt to adopt European standards. They also need support in the question of energy security, so that they won’t be exposed to Russian imports to such an extent. Unfortunately, the EU realized only too late, that these countries not only need political but also financial support in order to catch up with Europe, but I hope this will change now”, Mr. Borbély noted.

He also added, that as far as Romania is concerned, it is impossible to rebuild in 25 years what communism has destroyed in 50, in terms of damage to the economy and to society as well. „We need a lot more time, all the more, that in the 90’ trying to abide by EU accession conditions, we have much too hastily privatized many valuable state owned companies. Added to that came the financial crisis we had to face right after our EU accession and we needed to implement hardly bearable austerity measures in order to avoid similar situations as in Greece. By now we have succeeded to overcome the crisis – proven by the 3.5% growth of the economy - , but we have also realized that the EU itself was not sufficiently prepared to handle such a crisis. This might also explain why there still is so much euroscepticism lingering around – which is not necessarily a good thing for the upcoming EU Parliament elections... I do hope that in the near future a new EU strategy will indeed be developed”, Mr. Borbély explained, adding that once at home, he would initiate talks with the relevant Romanian institutions in order to accelerate the absorption of the Norwegian EEA Grants. Mr. Borbély also extended an invitation to the members of the Norwegian Parliament and of the Foreign Policy and Defense Committee to come and visit Romania to find out personally about the local investment possibilities. 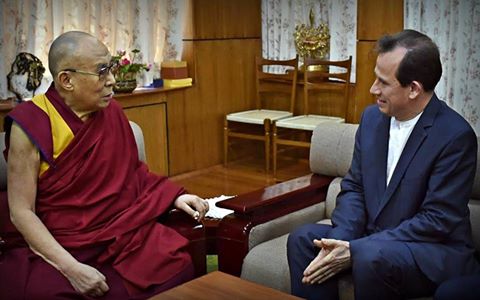 A strengthened relationship between China and the European Union 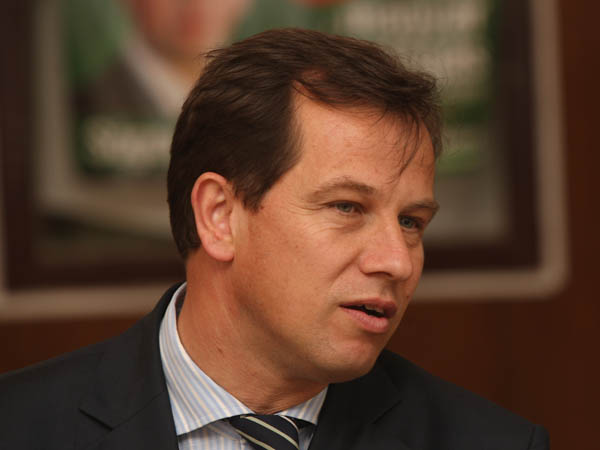 National Solidarity Day: Conference held in Bratislava on the situation of Hungarians in Slovakia and Transylvania