The Democratic Alliance of Hungarians in Romania (RMDSZ) had to build a future on the ruins of Communism, former President Béla Markó said at the RMDSZ gala at the Kolozsvár/Cluj Opera House on Saturday, celebrating 30 years of the organization’s existence. Current President Hunor Kelemen said that, based on the values and goals the alliance had set for itself at its founding, it has managed to achieve a series of notable results.

“We were able to use the opportunities at our disposal; we built the community to the best of our knowledge, established institutions, drafted laws and got them approved. We made notable progress in the field of language rights and were often even able to expand our possibilities,” Kelemen said at the gala.

Romania was the last among the former Soviet satellites to sweep away Communist rule in 1989, and it is the only country where the transition was violent. Local representations of the Hungarian ethnic minority in Romania first sprang up on December 25, 1989, one day before infamous dictator Nicolae Ceaușescu and his wife were executed after a summary trial by an ad-hoc military tribunal.

Romania has an ethnic Hungarian minority of about 1.5 million, representing just under 7 percent of the country’s population, and RMDSZ is the largest representation of this group. While RMDSZ considers itself first and foremost a minority interests organization in order to effectively represent its ethnic group (Hungarians born in and living in Romania), it is also a political party that has been present in both houses of the Romanian legislation since 1990. In this role, RMDSZ has been part of government coalitions from 1996 to 2000 and from 2004 to 2008.

“Conditions may change and with them the methods and the answers deemed appropriate. But the challenge has remained the same: We must preserve our national identity and remain a strong community in the land where we were born,” Kelemen said. Markó also reminded those gathered that RMDSZ bears the additional responsibility of steering Romania towards a better democracy, as without it, minority rights are worth little. 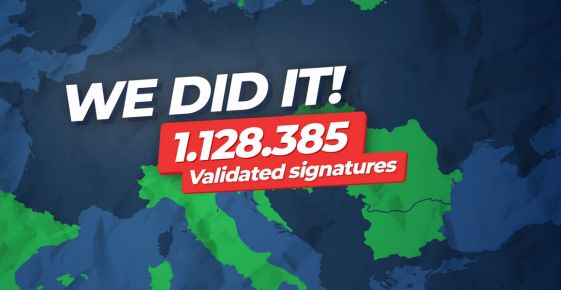