MEP Iuliu Winkler (RMDSZ, EPP) took a stand for the rights of Hungarians and Romanians in Ukraine to receive education in their mother tongue, as part of a political statement, which he held on Monday evening in the plenary session of the European Parliament in Strasbourg. On this occasion, the MEP appealed to Ukrainian President Petro Poroshenko to refer the new Education Law back to the Verkhovna Rada.

"Every national minority has the right to education in their mother tongue, from kindergarten to university, in any European country, be it a Member State of the European Union or a neighboring state. This fundamental right is due also to the Hungarian and Romanian communities in Ukraine", underlined Winkler. According to him, the new Education Law in Ukraine is hostile to minorities and contradicts European values.

"As an MEP from the Democratic Alliance of Hungarians in Romania (RMDSZ), I believe that the decision of the Ukrainian Parliament is wrong and I express my solidarity with the Hungarian community in Transcarpathia and the Romanian community in Ukraine. This solidarity is natural even more so as the rights of Hungarians in Romania are endangered. Hungarians in Târgu-Mureş were forced to go out in the street only a few days before the start of the school year so that a Hungarian school could continue teaching. I appeal to the President of Ukraine not to promulgate this law on education but to return it to parliament for reconsideration", said the MEP.

On September 5, the Kiev parliament adopted a new law on education, which, as stipulated in its Article 7, virtually abolishes mother tongue education. According to the new law, starting with the gymnasium cycle, the education system in Ukraine would only be conducted in the official state language. Media claims that the Romanian community in Ukraine has submitted an open letter to the OSCE High Commissioner for National Minorities, Lamberto Zannier, asking for support in the issue of restricting the right of the Romanian minority to mother tongue education.

Concurrently, on September 6, in Târgu-Mureş, almost 3,000 Hungarians protested in front of the city´s municipal building, revolted by the dissolution of the Roman Catholic Theological High School.

RMDSZ President Kelemen Hunor announced last week that the Alliance will take all necessary steps to re-establish the Roman Catholic Theological High School in Târgu Mureş. "Over the past half-year, in the last few months, I have tried to persuade the President and all ministers of education that in the case of the high school in Târgu-Mureş there is a continuous violation of rights that sooner or later will have repercussions. On Tuesday, I also asked the President of the Social Democratic Party to take the courage to make a political decision in this case", said President Kelemen Hunor in a press release.

Simplification of procedures, the main urgency for European SMEs 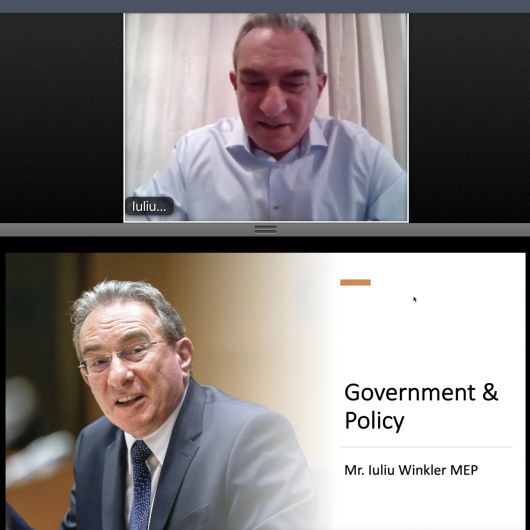